New South Wales and Victoria have each announced enhanced business support measures to soften the impact of state lockdowns, while the federal government has also increased its support for individuals as the COVID-19 crisis drags on.

With NSW Premier Gladys Berejiklian extending Greater Sydney’s lockdown by another four weeks, the JobSaver program will now be enhanced to see maximum weekly payments rise from $10,000 to $100,000.

Businesses with turnovers of up to $250 million will also now be able to access the payment, an increase from the previous $50 million turnover ceiling.

Eligibility will continue to be based on a 30 per cent decline in turnover, while payment rates will be based on 40 per cent of the business’s NSW weekly payroll, at a minimum of $1,500 and a maximum of $100,000 per week. Non-employing businesses, such as sole traders, can expect $1,000 payments per week.

Payments are expected to flow from 31 July, with the increase to maximum payments to be automatically backdated to applications made on Monday, when JobSaver applications first opened.

Over 400,000 businesses are now expected to receive JobSaver, said NSW Treasurer Dominic Perrottet, offering total coverage to about 3.3 million workers across the state.

“That will ensure that businesses, the cash flow and financial support are there so they can get through this. We have made it clear that businesses can’t reduce headcount,” Mr Perrottet said. “We want to make sure that workers remain connected to their businesses as we move through this lockdown period.”

Victorian Premier Daniel Andrews announced an additional $400 million support to businesses on Wednesday, too, in partnership with the Commonwealth, as the state re-emerged from its fifth lockdown.

The package, which will be administered by the Victorian government, is composed of five parts. The first is the establishment of a Business Continuity Fund, which will see a total of $156 million delivered to around 30,000 businesses that remain impacted by capacity limits as a result of health restrictions, which will be paid in $5,000 grants.

Businesses eligible for the fund span 24 sectors and include gyms, cafés, restaurants, catering services and hairdressers, among others. Those located in Melbourne’s CBD will be eligible for an additional $2,000 as a result of tapered foot traffic. To be eligible, businesses must have received or been eligible for the state’s previous Business Cost Assistance Program.

The second part of the package is boost to the state’s Licensed Hospitality Venue Fund, which will receive an additional $70 million set to be paid to businesses in grants of up to $20 million. Like the Business Continuity Fund, businesses located in Melbourne’s CBD will be eligible for an extra $2,000.

Victoria has also reintroduced the Commercial Tenancy Relief Scheme, which will offer rent relief to eligible tenants supplemented by an $80 million hardship fund for commercial landlords, which will be fully funded by the Victorian government.

The state has also established an $85 million Small Business COVID Hardship Fund as part of the support package to close the gap for small businesses that have up until now been ineligible for previous support measures.

Businesses with a payroll of up to $10 million that have experienced a 70 per cent or greater reduction in revenue will be eligible for grants of up to $5,000 under the scheme.

The Victorian government has also committed a further $9.8 million to alpine-based businesses across the state, as part of its Alpine Business Support Program. Grants of between $5,000 and $20,000 will be made available to some 430 alpine businesses as a result of a missed winter season.

The federal government on Wednesday announced another increase to the national COVID-19 Disaster Payment, with workers who lose 20 or more hours a week to receive a new rate of $750 a week, up from $600.

Individuals who currently receive welfare payments like JobSeeker, pensions and the Youth Allowance will also receive $200 a week if they can demonstrate a loss of more than eight hours of work.

The new rates will apply from 2 August and will be available from day one of any potential lockdown in the future.

The new COVID-19 Disaster Payment rate is the same as was offered to workers by the Commonwealth’s JobKeeper wage subsidy. However, when asked why it wasn’t reinstated, Prime Minister Scott Morrison said it wasn’t the right solution for the problems the nation faces now.

“JobKeeper was a great scheme, but you don’t play last year’s grand final this year,” he said.

He said that because there hasn’t been a rise in the number of people receiving payments from JobSeeker offered cause for optimism, and that workers understand their employers are being supported.

“Because they understand they are getting up support from the government, they are staying with their employers,” Mr Morrison said. “That means that in a month, hopefully, when business returns, they will go back into work with those employers, they will get on with their jobs, and our economy will draw back to life.” 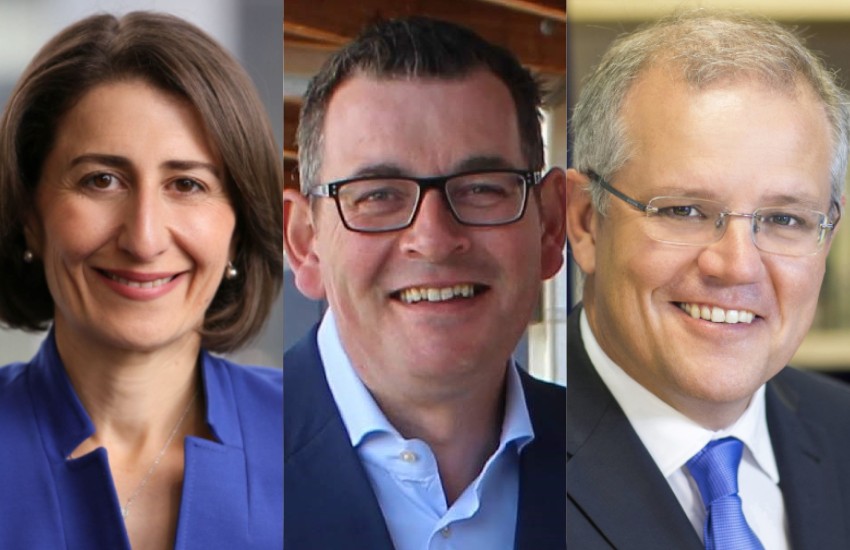