Are you ready for the Fraud & Corruption Control changes?

A new Australian Standard AS8001:2008 – Fraud & Corruption Control was released on 11 June, 2021. This Standard is considered the benchmark when it comes to how organisations can mitigate fraud and corruption risks. This Standard is of particular importance to Boards, and importantly how they assess their cyber risks.

In 2019, BDO Forensics Partner, Adam Simms, Partner, Forensic Services, was invited to be part of the review of the existing Standard. As an experienced financial crime lawyer, Adam has an in-depth understanding of this Standard and its application.

“Since COVID-19 there has been a marked change in the profile of fraud and corruption across all sectors with the rationalisation to commit financial crime reaching alarming levels. The release of the revised Standard is timely in a COVID-19 world and will offer some useful insight and in some cases a reminder, on fraud and corruption risk across organisations,” Adam said.

“Standards Australia ensures Standards are revised within ten years or withdrawn. As a result, all of the five Standards (excluding AS8001) were withdrawn. In 2008, AS8001 was revised but has not been revisited until now, undergoing a much-needed refresh. BDO is proud to have been part of that revision process.

“As a priority, the revision brings the 2008 Standard up-to-date, especially when it comes to the impact of technology in modern business operations. In today’s world of integrated technology and greater interconnectivity, businesses and organisations are at a much greater risk of external attacks such as cyber-attacks. As the 2008 version and its predecessors were heavily focused on internal activities, the revised Standard recognises the significant rise of external threats.”

What are some of the more significant changes in the new AS8001?

Aside from the proven traditional approaches to fraud and corruption control that remain in the Standard, there are some important changes for organisations. In particular, the new Standard moves away from “should” statements and now state organisations “shall” consider the following:

Assessing your compliance with Standards

Many of these changes are already considered and recommended in the effective mitigation of the impact of fraud and corruption on businesses and organisations. Inclusion in the revised Standard will make them a ‘must’. As such, organisations will need to begin reviewing their Fraud Control Program and implement critical changes to create a Fraud and Corruption Control System and to ensure they are complying with the revised 2021 Standard.

One of the key questions that many businesses and organisations have is whether these Standards are mandatory - it’s a bit of a ‘yes’ and ‘no.’

While Standards are a good reference point for businesses, they are not legally binding unless they are incorporated into legislation - such as the standards for child car seats as an example. In this case, the law imposes a duty to use the Australian Standard (AS) to ensure compliance with the legal obligations.

Where Standards are not incorporated into law they do serve as an excellent source of reference. When the courts or tribunals are looking at a determination and whether the company did all things reasonably possible to manage the risk, they often will look at whether the company was compliant with Australian Standards.

Organisations should be aware of what Australian Standards are and how they apply to their business operations. Complying with the Standards now could save the company some serious problems (and money) at a later time.

What about instances where there are International Standards (otherwise known as ISO’s)?

Are you ready for the Fraud & Corruption Control changes? 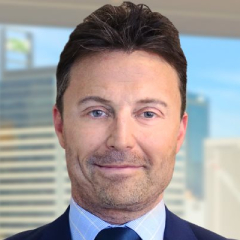