Since its introduction, a number of taxpayers have fallen foul of the ATO in its administration of the research and development (R&D) tax incentive scheme under the Income Tax Assessment Act 1997 (Cth) (ITAA) for failing to have claimed an offset for an activity that strictly complies with the relevant tests. In light of the current review by the federal government into the dual administration of the R&D regime by the ATO and Industry Innovation and Science Australia (IISA), and the decision in Commissioner of Taxation v Bogiatto,[1] we provide this update on recent developments in the R&D tax incentive space.

To claim a tax offset, a taxpayer is required to register their R&D activity with IISA, however registration does not determine eligibility for the offset.[2] The IISA may make a formal assessment of the R&D activity, however, as this often does not occur, the registration of R&D activities is mostly based on self-assessment. This often leads to taxpayers making mistakes when claiming R&D expenditures – we discuss two common issues below.

When claiming activities as core R&D activities, taxpayers must ensure that the activity was conducted for the purpose of generating new knowledge.[3]

In the matter of Havilah Resources Ltd and Innovation and Science Australia (Taxation), Re [2020] AATA 933, Havilah was an exploration company with a number of gold, copper and iron ore mining sites. Havilah sought to register a number of activities relating to its mining sites as R&D activities, including routine hydrogeological and gold tertiary clay investigations. The IISA had found that these activities were neither core nor supporting R&D activities.

Havilah appealed IISA’s decision to the AAT. The AAT had regard to the statutory object of the R&D incentive, that the knowledge gained is likely to benefit the wider Australian economy. It is not enough that new knowledge is generated – there must be experimental activities conducted in a scientific way for the purpose of generating new knowledge.[4]

The AAT found that some of the activities relating to the hydrogeological investigations generated knowledge relating to the specific characteristics of the sites and could only be used for another project facing similar conditions. The knowledge was not likely to benefit the wider Australian economy and was not conducted for the purposes of generating new knowledge.[5]

In relation to the investigation of the gold tertiary clays, the AAT held that the knowledge generated was the result of routine methods of investigation involving sampling and testing at a particular site. The activities were not carried out for the purposes of generating new knowledge likely to benefit the wider economy, but was for the purpose of acquiring site-specific information for the sole benefit of Havilah.[6]

This case demonstrates that a successful R&D offset claim must demonstrate some wider applicability and general benefit to the Australian economy – consistent with the purpose of the scheme.

R&D activities must involve a systemic progression of work that is based on principles of established science and that proceeds from hypothesis to experiment and evaluation, and that leads to logical conclusions. The outcome of such experimental activities cannot be known in advance.[7]

This point was demonstrated in Coal of Queensland Pty Ltd v Innovation and Science Australia [2021] FCAFC 54 (Coal of Queensland). In Coal of Queensland, the taxpayer mining company sought to register an investigation into the location, size and quality of a coal deposit that had historically produced low-quality coal. It was found by the Full Federal Court that while the exact values of expected coal yields from the deposit could not have been known in advance, the outcome of the research could have been predicted from what was known at the time.[8] The Full Federal Court also upheld the Tribunal’s findings that the absence of R&D plans or documentation by the taxpayer was a valid consideration in determining that the activities were not core R&D activities.

Section 290-50 of the Taxation Administration Act 1953 (Cth) imposes a penalty on any entity that promotes tax exploitation scheme – this can often prove problematic for tax advisers and accountants.

In February 2021, the Federal Court handed down a landmark promoter penalty of $22,680,000 against a former tax agent and registered accountant.

In Commissioner of Taxation v Bogiatto [2020] FCA 1139, it was alleged by the Commissioner that Mr Bogiatto and his associated companies promoted a tax exploitation scheme involving the R&D tax incentive. Mr Bogiatto operated over 20 schemes involving 14 taxpayers where it was alleged that the R&D claims made were not reasonably available at law. The tax exploitation schemes typically involved Mr Bogiatto persuading a taxpayer to make an application for the R&D tax incentive before advising the taxpayer to use certain figures that he had prepared to incorporate into the taxpayer’s return.

Thawley J found that each of the schemes involved tax evasion as the claims were grossly exaggerated or wholly unavailable.[9] Thawley J held that Mr Bogiatto knew that the R&D claims were not reasonably arguable and that he had deliberately put forward claims that he knew were wholly or partly unjustifiable and had engaged in evasion.[10]

In Commissioner of Taxation v Bogiatto (No 2) [2021] FCA 98, Thawley J imposed a penalty of $22,680,000 against Mr Bogiatto and his associated companies.[11] In arriving at this landmark penalty, Thawley J had regard to the amount of consideration received by Mr Bogiatto and his associated companies in applying the principles of general and specific deterrence.[12] Regard was also had to the losses suffered by the tax evasion scheme participants, the nature and extent of the contraventions, including that the conduct occurred over a number of years, and the lack of cooperation Mr Bogiatto demonstrated towards the Commissioner.[13]

Over the course of 2020 and so far in 2021, there have been a number of policy developments, some of which are intended to increase the clarity and transparency of the R&D offset system.

Earlier this year in June, AusIndustry released a new “R&DTI portal” to replace the previous PDF form. The new online form is intended to be more closely aligned with the ITAA and IDR Act and includes rewritten questions to assist companies to understand the information they needed to provide when applying to the incentive.[14]

Draft guidance on ‘at risk rule’

The ATO published the draft tax ruling TR 2021/D3 on 25 June 2021 to clarify the uncertainty relating to the “at risk rule” contained in s 355-405 of the ITAA. The “at risk rule” prohibits or limits the deductions an entity may make for R&D expenditure if that expenditure was for consideration.[15] The draft ruling clarifies that “consideration” includes non-monetary benefits.[16]

The Treasury Laws Amendment (A Tax Plan for the COVID-19 Economic Recovery) Act 2020 (Cth) was passed into law on 14 October 2020 and introduced a number of amendments to the R&D tax incentive legislation. The key changes include:

Earlier this year in May, the federal government announced that the Board of Taxation would review the dual-agency administration model for the R&D tax incentive. The review will consider opportunities to reduce duplication between the ATO and IISA, simplify administrative processes and reduce compliance costs for applicants. The review is open for consultation until 15 September 2021. The Board of Taxation is to report to the government by 30 November 2021.[21]

[21] See Board of Taxation, “R&DTI – Review of the dual-agency administration model”. 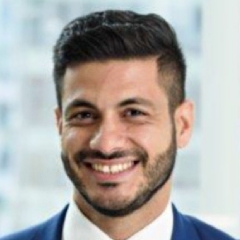