Commercial debt forgiveness and payout deductibility in a management buyout

How does commercial debt forgiveness and payout deductibility work in the case of a management buyout? Let’s look at a scenario.

On 2 June 2021, Peter tells you that the company borrowed a combined $15 million (interest-free under a five-year loan agreement) from the five ordinary shareholders in equal proportions three years ago.

You check the terms of the original loan and, once you confirm that it allows for the assignment of debt and that it meets the conditions to allow this action, you arrange for the five shareholders to assign the outstanding debt from the company to Peter so that Peter can repay it using a personal loan he obtains from the bank. The terms of the assignment include an obligation that the company must now repay Peter all principal and interest repayments arising from the bank’s loan to Peter.

Peter decides to convert the debt owed to him into equity by way of a share subscription with a view to improving the company’s balance sheet.

On 3 June 2021, the company issues new ordinary shares and a dividend to Peter, who is then able to use the cash to subscribe for the newly issued shares.

Peter comes to you for tax advice in relation to the above transactions.

Are any of the costs incurred by his company stemming from the refinanced debt on 2 June 2021, including the payout costs, deductible for the purposes of income tax?

One of the most well-known sections of the ITAA97* is section 8-2, which provides that interest is deductible only to the extent to which it is incurred in gaining or producing assessable income or in carrying on a business for that purpose and is not of a capital, private or domestic nature.

The commissioner does not normally view interest as a capital outgoing because it is a recurring expense that does not secure an “enduring advantage” but rather secures the use of borrowed funds over the duration of the loan. Importantly, this view prevails even where the borrowed money is used to purchase a capital asset (Steele v. FC of T 97 ATC 4239; 99 ATC 4242).

However, you tell Peter that you require more information about both the payout costs and how the original loan was used, starting with whether it was used for an assessable income-producing activity, to determine whether the company can rely on the refinancing principle as discussed in Taxation Ruling 95/25 following FC of T v. Roberts & Smith 92 ATC 4380 in determining the deductibility of these costs.

Peter’s actions of assigning the debt and then converting it into equity by way of share subscription enliven the commercial debt forgiveness provisions contained in div 245. Debts contemplated by this division include all commercial debts such as investments that are securities, and equity for debt swaps, and Peter’s above actions are respectively addressed in ss 245-36 and 245-37.

If the actions are found to qualify as commercial debt forgiveness, then the amounts forgiven will be applied to reduce, in the following order as at 12 July 2021:

The above reduction ensures that the debt forgiveness does not create duplication of deductions in respect of the same outgoing.

You request from Peter a copy of the loan agreement as well as any related deeds of variation to assist you in confirming whether the original loan meets the minimum requirements to be considered a commercial debt. For example, the debt must not be forgiven in accordance with written agreements or arrangements entered into on or before 27 June 1996, and the debt must have been incurred in carrying on the business and it must not be of a capital, private or domestic nature (s 8-2) as previously discussed.

By the sounds of Peter’s business bust-up with the other ordinary shareholders, the debt was not remotely forgiven by reasons of natural love and affection. Nor was it a result of an action under bankruptcy law or forgiven as part of a deceased person’s will, nor any other factors listed in s 245-40 that would otherwise prevent the application of div 245.

Peter should follow the formula set out in s 245-65 to determine whether the value of the shares issued was in fact less than market value. If this was the case, then Peter would have failed to convert the total amount of the debt into shares. This would mean that the debtor’s “gain”, being the amount of the forgiven debt, would not be correctly recorded in the company’s tax return.

Furthermore, the creditor would still have the right to sue the company for the recovery of the debt, at least until the expiry of the relevant statute of limitations.

This would risk the ire of state revenue to the tune of alleged tax evasion under part IVA, let alone other legal claims of the creditor to enforce the debt.

This scenario demonstrates various complexities that can occur including what constitutes commercial debt forgiveness in the context where the debt is assigned or if a subscription for shares enables payment of the debt, the income tax consequences for Peter and for Peter’s company associated with refinancing the loan and extinguishing the debt to the company’s shareholders.

*Please note that all references are to the Income Tax Assessment Act 1997 (Cth) unless otherwise specified.

Commercial debt forgiveness and payout deductibility in a management buyout 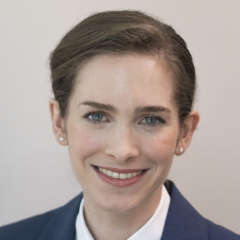